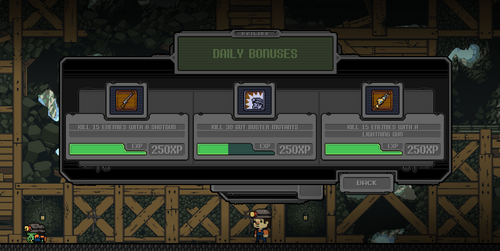 Hope all of you with the online version enjoy the update! Next features planned are weekly or monthly leaderboards (which will give special skins), and also some new unlockable weapons!